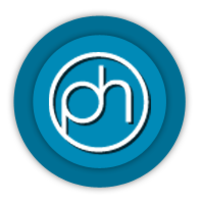 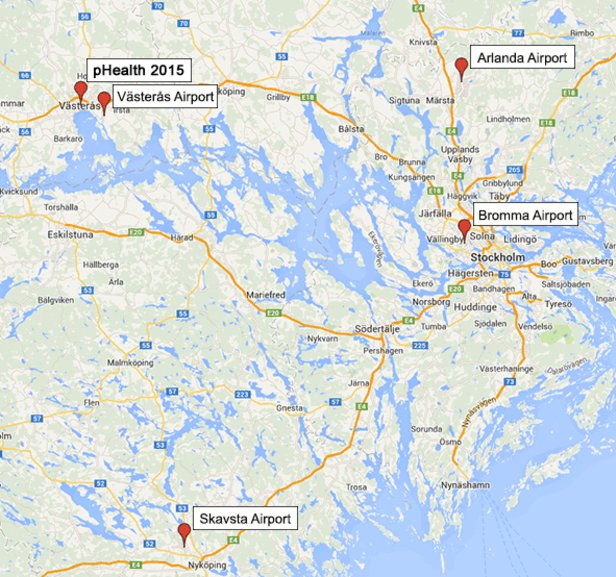 Västerås is located about 100 km west of Stockholm. The nearest larger international airport is Arlanda which also is the port to Stockholm. Arlanda/Stockholm is connected with all major cities in the world with direct flights. For other cities a connection via frequent flights from Frankfurt, Munich, Amsterdam, Copenhagen, Paris and other major European airports can be used.

Transportation from Arlanda Airport to Västeras takes approximately 1 hour to 1 hour and 30 min by bus/taxi. The price for a taxi is approximately €150. The bus is departing frequently, and the price is approximately €22. The easiest way is to take the Swebus Airport shuttle bus (nr 866). The ticket cannot be bought on the bus; you must use either the ticket machines (the machine accepts debit cards) on the airport or book them online (Swebus Express). An alternative way of transportation from Arlanda is to take the Arlanda Express train (20 minutes) or a bus to Stockholm and then a train (1 hour) from Stockholm Central Station to Västerås. The price for the Arlanda Express train is about €25, and a train Stockholm – Västerås €14.

Other airport options in Stockholm include Bromma and Stockholm Skavsta, where the latter is very well connected through Ryanair and other low-cost airlines. Bromma is nearby the Sundbyberg train station, where it is possible to board the train from Stockholm to Västerås. From Stockholms Skavsta there are buses going to Stockholm Central Station, and from there you can take the train to Västerås.

Finally, another option for going to Västerås is via Västerås airport, very close to the Västerås city center (less than 10 minutes by car). The Västerås airport (also named Stockholm West) has connections to, e.g., to London (Stansted).

Please note that payment by credit card is a very convenient way of payment in Sweden; by a credit card you can pay almost everything including bus, train tickets, and taxi rides. 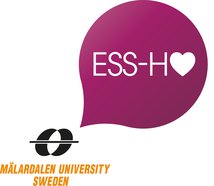 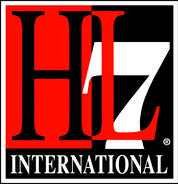